The P-18 radar modernization program started in 2000 and the HM Arzenál Co. handed over the first modernized radar to the Hungarian Army in 2002. Nowadays the modernized P-18 radar finds its place among the modern air surveillance systems of the Hungarian Army. It is a high-power, mobile, long-range radar that can be especially successfully applied for the reconnaissance of targets having small radar cross-section. 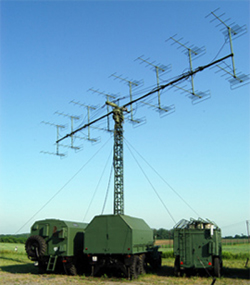 Due to the quality of signal processing (favourable rate of false plots) and the digital signal output the radar can be connected to modern air surveillance systems with digital inputs even in the case when the radar constitutes a part of mobile, deployed unit. 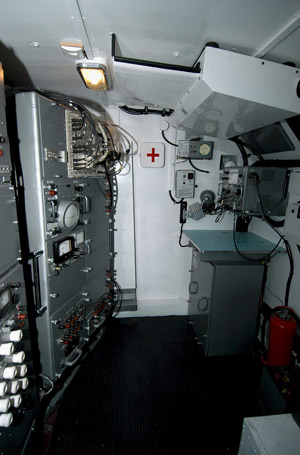 The remote controlling and displaying unit is a relatively small, portable computer that fulfils the tasks of the digital remote indicator. It connects via coaxial cable to the ARCNET router that can be found in the Receiving, signal processing and control unit. In case of need it can take over all the control functions and provide the continuous operation. 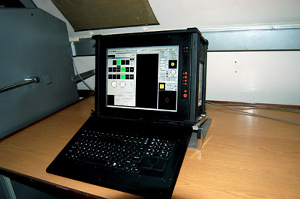 The logged data can be replayed from a given time. By this the equipment realizes the full-scale objective control. The program provides an opportunity to select the recorded data. In this way they can be filtered by conditions given by the operator. By the help of this function a new, smaller database can be created that contains only the important data from the point of view of control.

The modernized receiving and signal processing unit of the P-18 radar provides the amplification and mixing of the received low-level signal, and the adjustment of the bandwidth, too. The unit can be found in cabinet No. 3. The tube- and semiconductor construction has been replaced with a signal processor-based receiver.

The local oscillator has been replaced by an electronically tuned and moving parts free one. The receiver is fully digital-structured from the intermediate-frequency stages. Every receiver operation mode is implemented in pure software way, therefore the equipment needs less adjustment and maintenance. Signals arrive to the operator's workplace through onboard computer network. 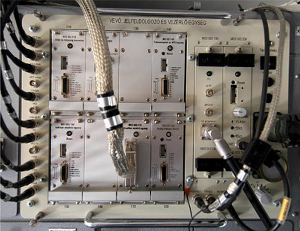 Receiver operation modes can be set in software way, hence we have replaced the cable systems and switch signals having many error-possibilities with a digital control system. Every new unit continuously evaluates the received signals during operation, and if detects some anomaly it gives a warning.

The functions of the receiving and signal processing unit:

The remote control of the functions of receiving and signal processing unit is realized fully via local network interface. 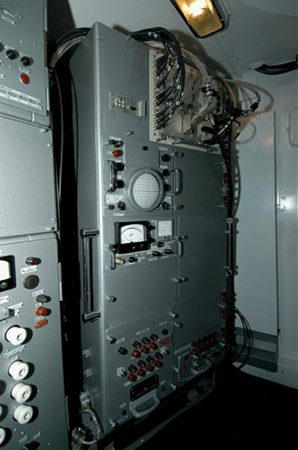 The function of the Controlling and Displaying Unit is to establish the man-machine interface between the operator and the radar. This unit allows the radar's switching on and off, selection of different operation modes, adjustment of the different units of the radar, and displays on a uniform surface the analogue and synthetic air picture, moreover it provides the objective control functions, too.

The computer-based equipment can be easily handled and is clear-cut. On its displaying surface (Figure 6) appears the total air picture and the operator can get an overall picture about the radar operation.

The functions of CDU:

The operator may switch on the different filters separately or at the same time in order to clear the raw analogue picture from different noises and clutters. These filters are: IF filter, asynchronous clutter filter, moving target indication (MTI), CFAR, VARU and plot filter.

The equipment includes a tracker which - taking into account the technical parameters of the radars and the kinetic characteristics of the flying objects - arranges the incoming plots into tracks. As a result of it the targets detected by the radar appear for the operator, displaying their speed and heading.

The tracker contains a VHF correction algorithm that can correct VHF radars' specific error of the echo signal splits or only a part of it appears in some antenna rotations. 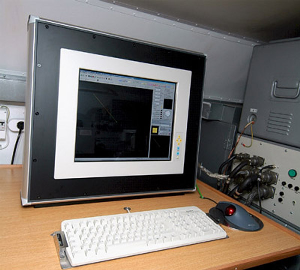 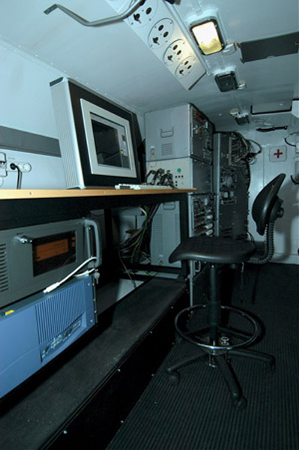 By the continuous transmission of status information the program sends information for the operator about the condition of the radar units, supporting to a great extent the error detection and trouble shooting, if necessary.

Receiving and displaying of status data:

The operator's activity is supported by displaying the condition of units and subsystems by flash signals. The program also gives textual information about the status of whole system.